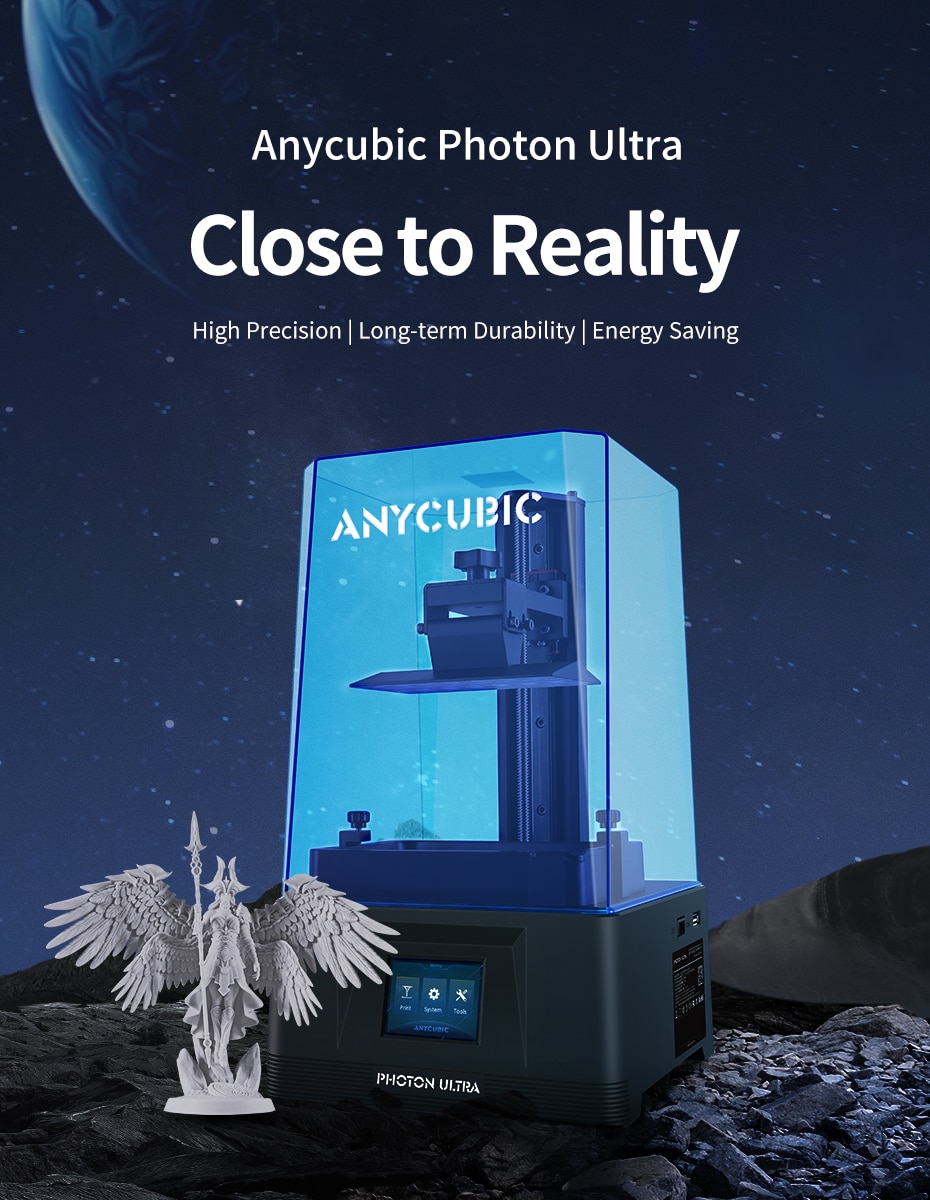 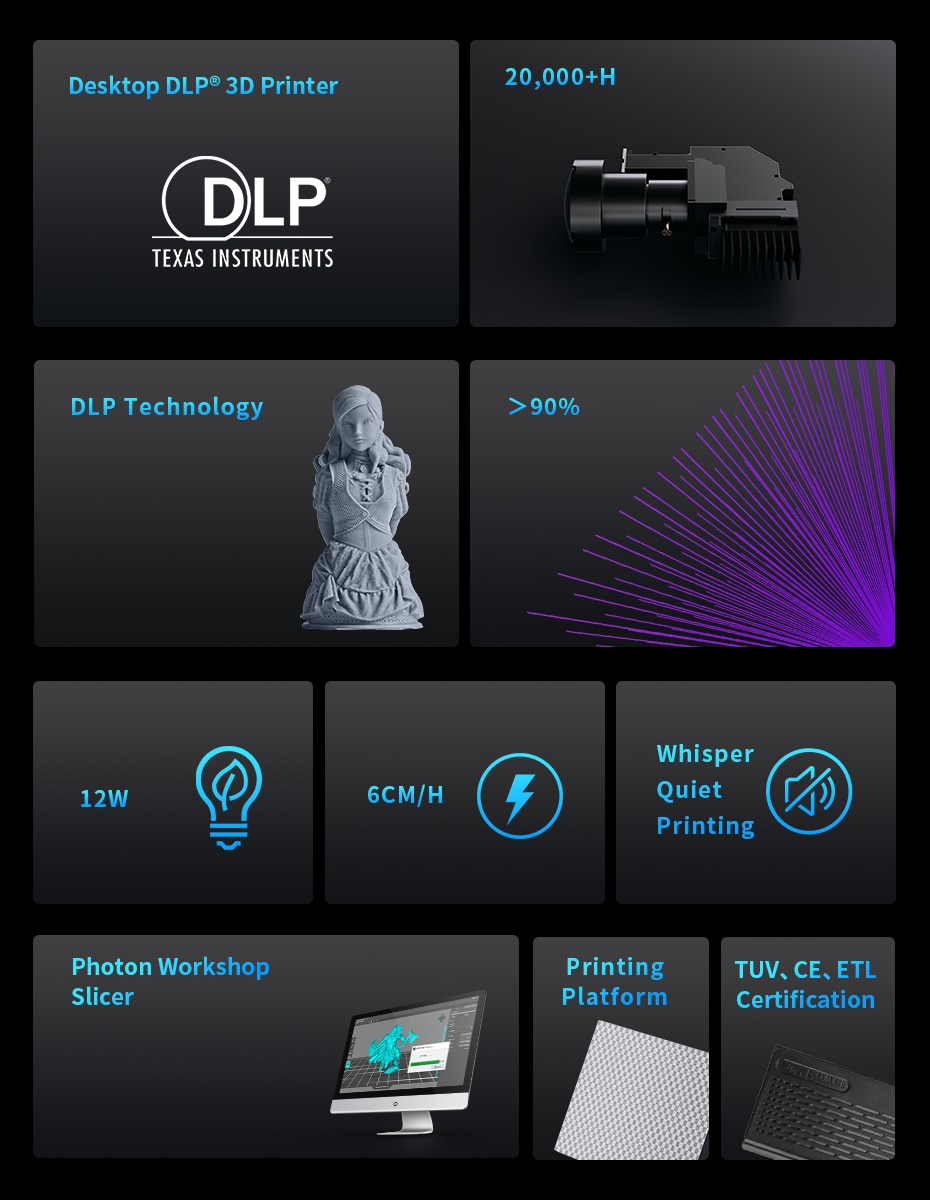 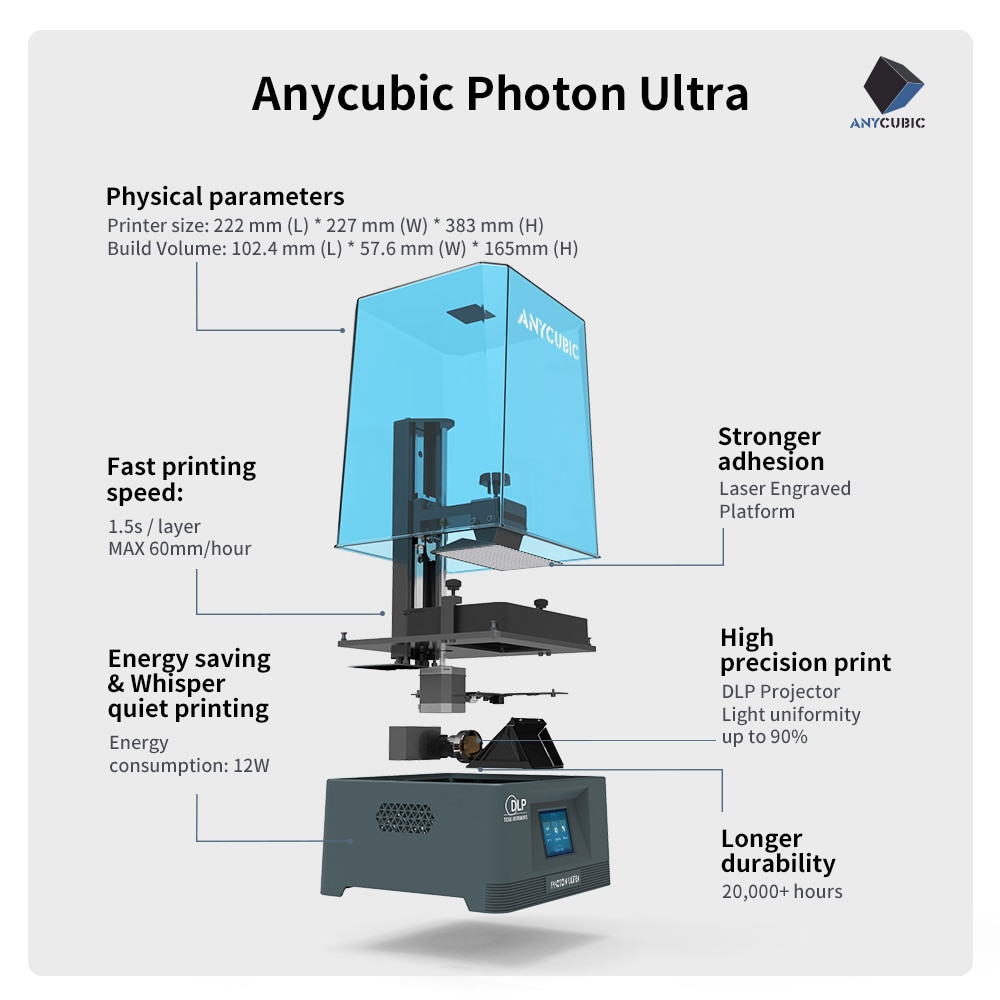 Thanks to DLP® technology, Anycubic Photon Ultra's light source system does not need to be replaced as often as an LCD 3D printer and has a life span of over 20,000 hours, 10 times longer than the 2,000 hours for LCD monochrome screens. Maintenance costs have been greatly reduced. 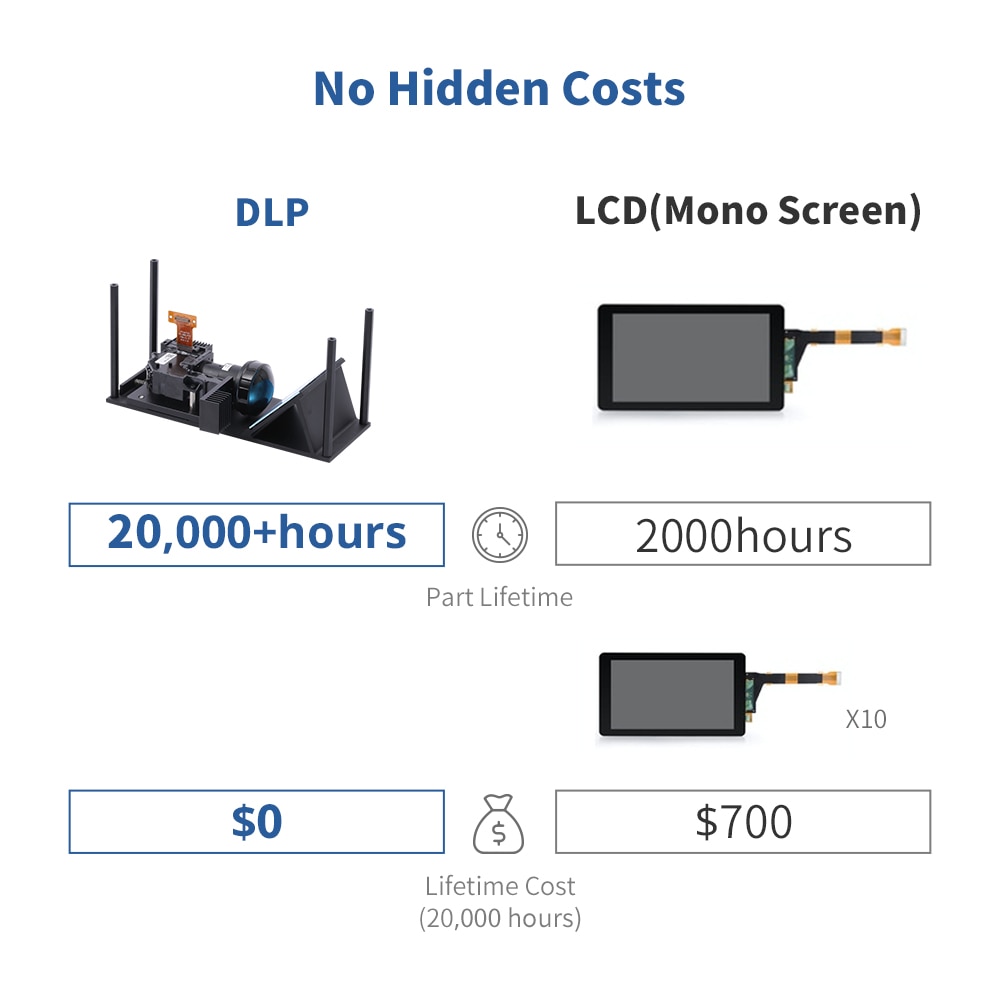 DLP detail is better than LCD

A DLP printer has an optical projector, shining concentrated beams of light only where the resin needs to cure, producing incredibly crisp results without light leaks or blurry edges. DLP Projector can project a beam of higher uniformity, and the light uniformity of the forming surface is greater than 90%. With an LCD printer, a single big UV light shines through a screen that has either open or closed pixels. However, the light source is always on, which gives light leaks, even on dark pixels. 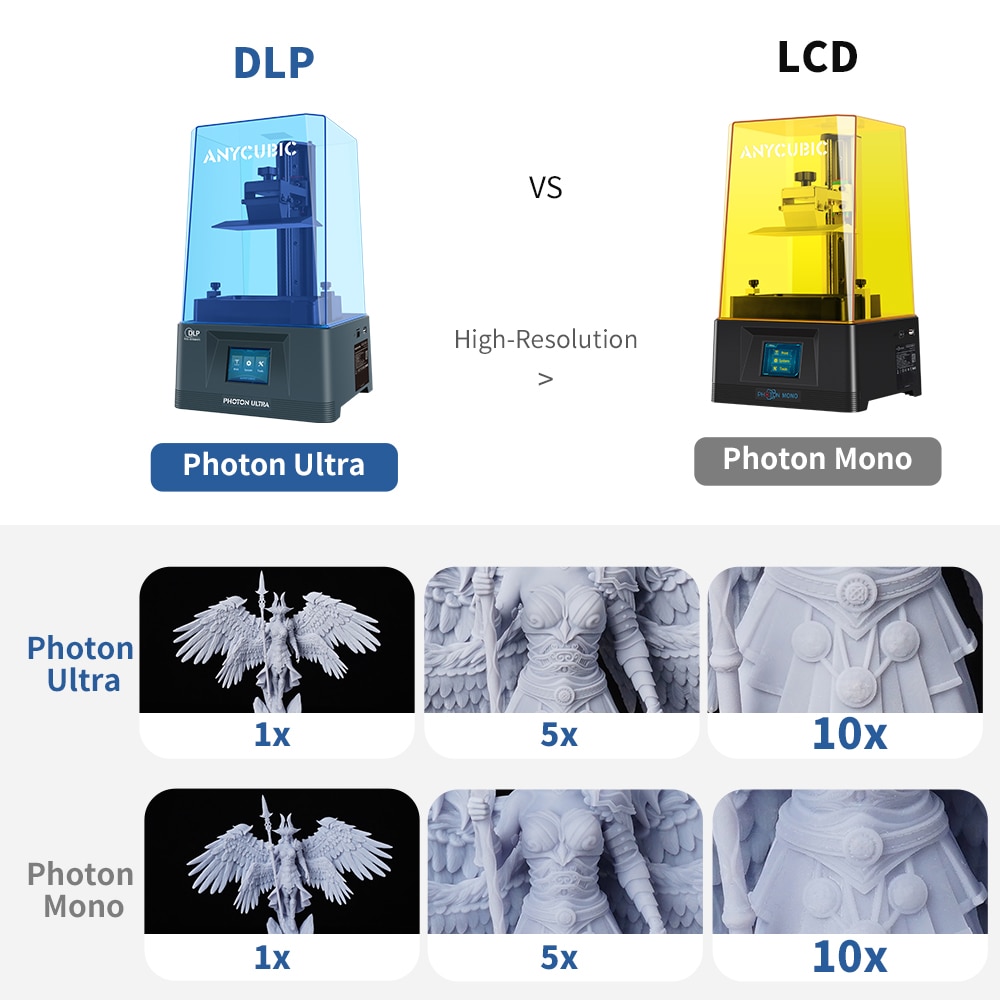 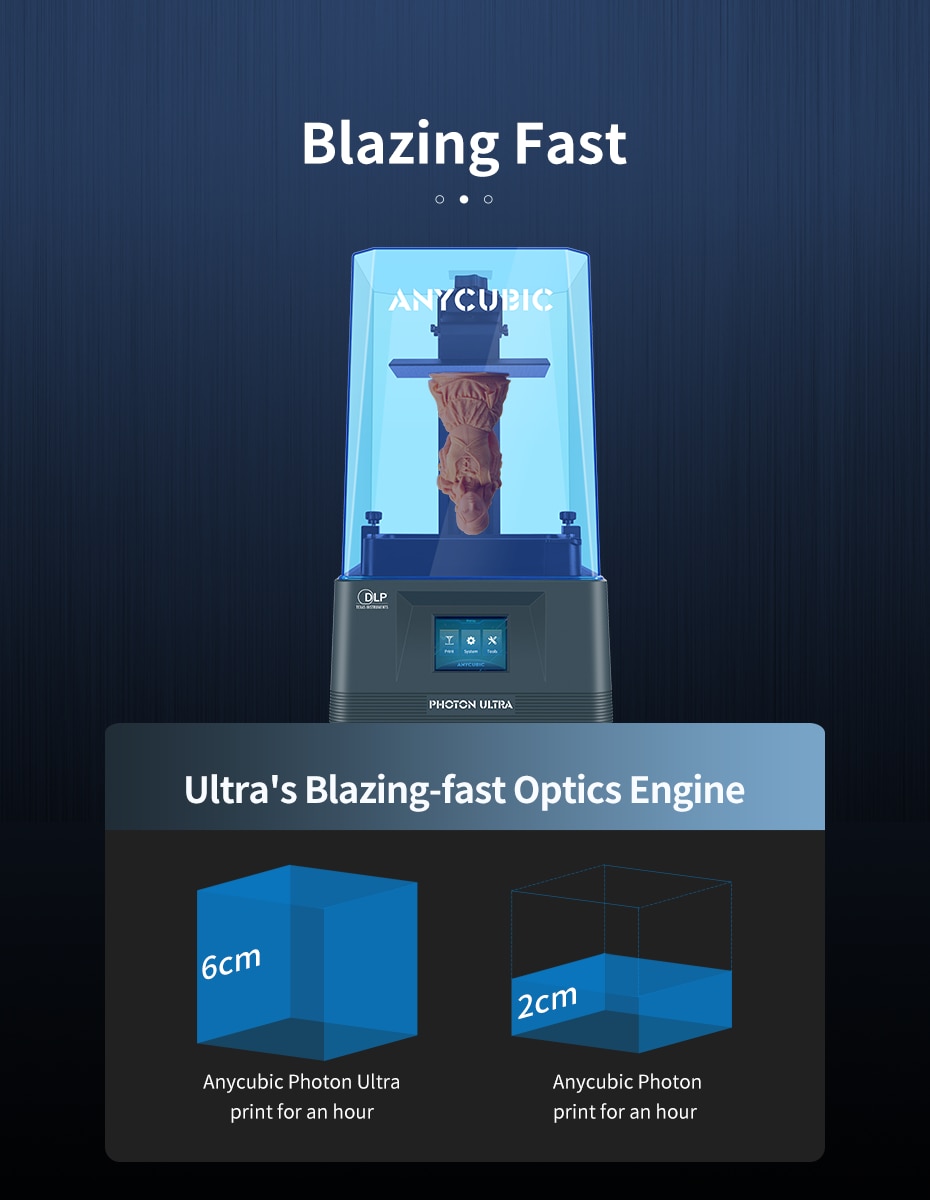 The rated power of Photon Ultra is as low as 12W, which is about the power of a normal light bulb and only 1/5 of the 60W power of an LCD 3D printer. 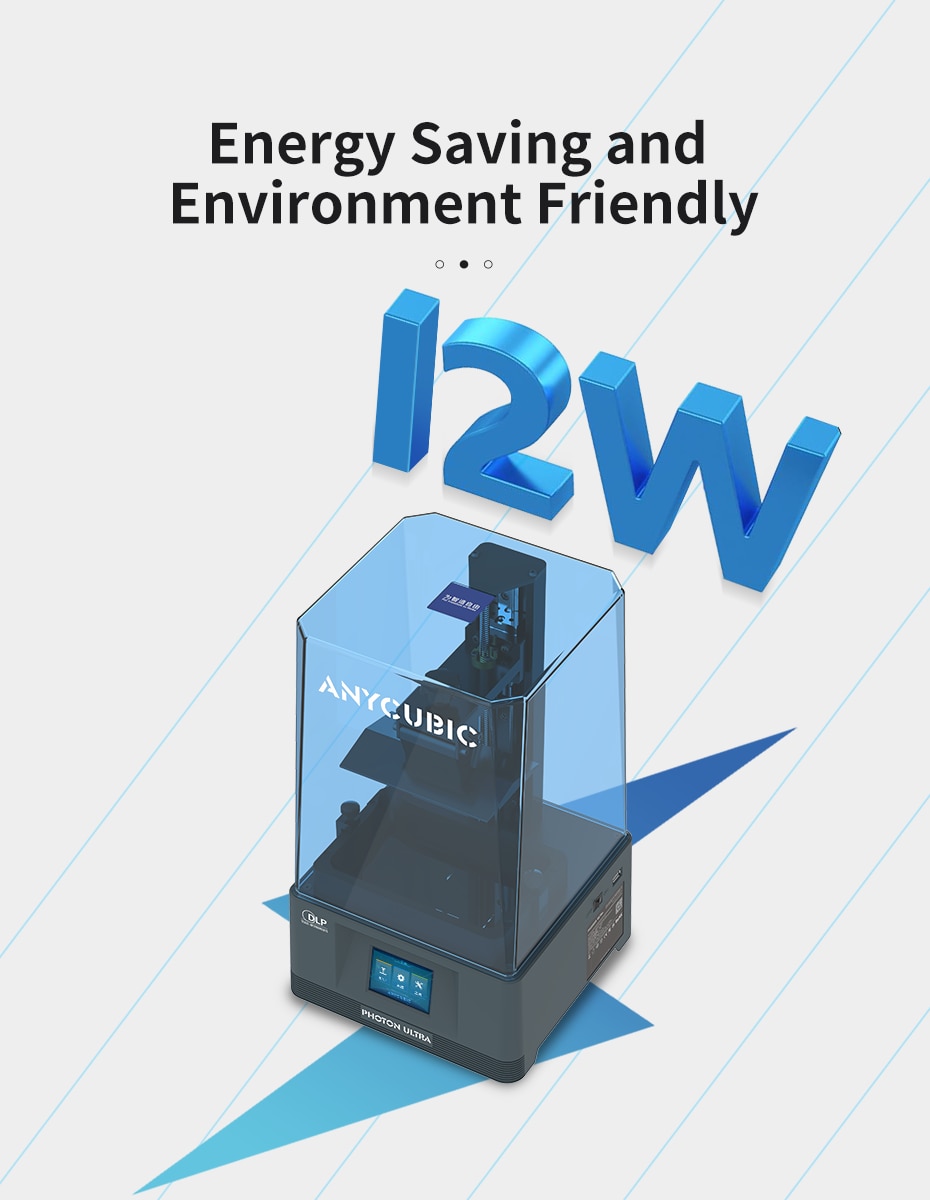 DLP printers release less heat due to its low power consumption. The heat dissipates through a radiator without containing a cooling fan to ensure a whisper quiet printing environment for users. 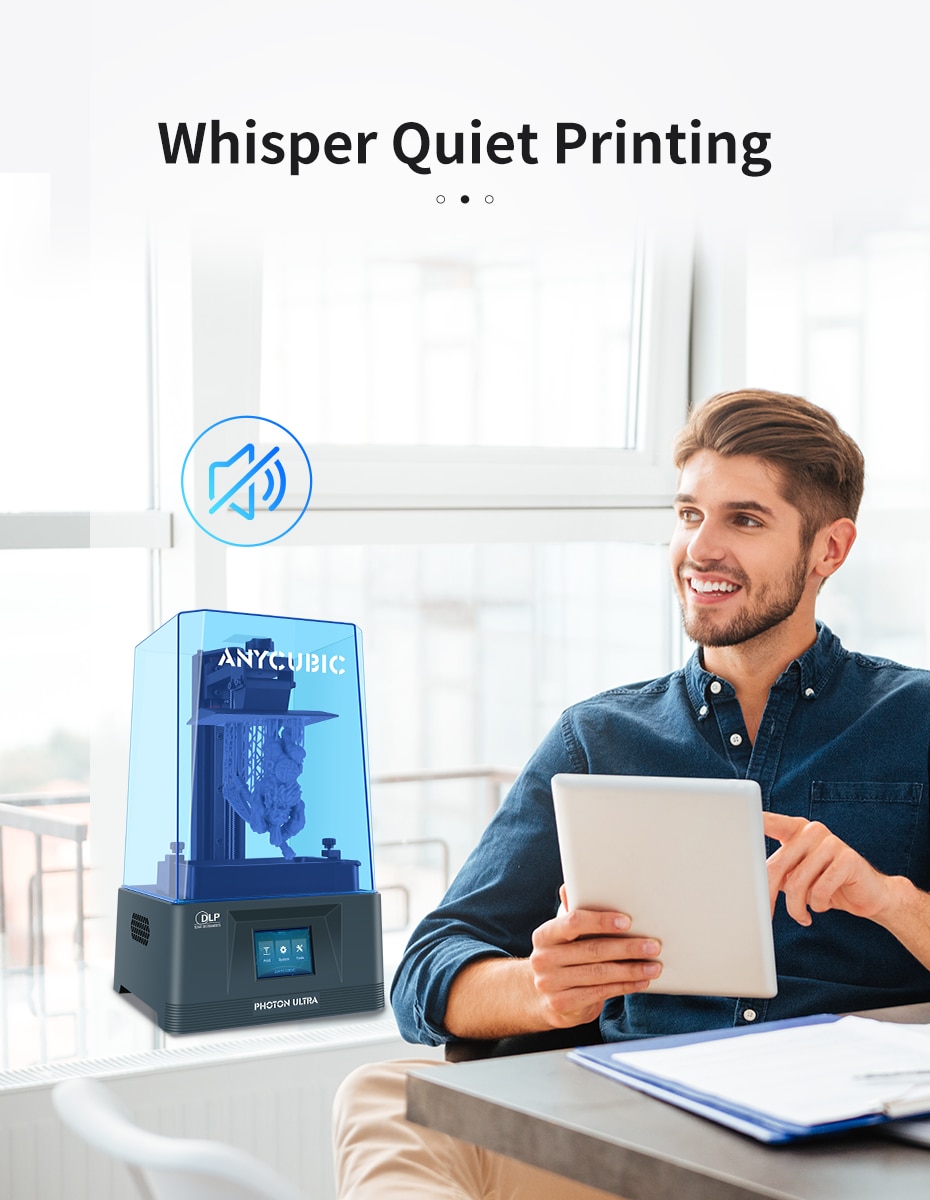 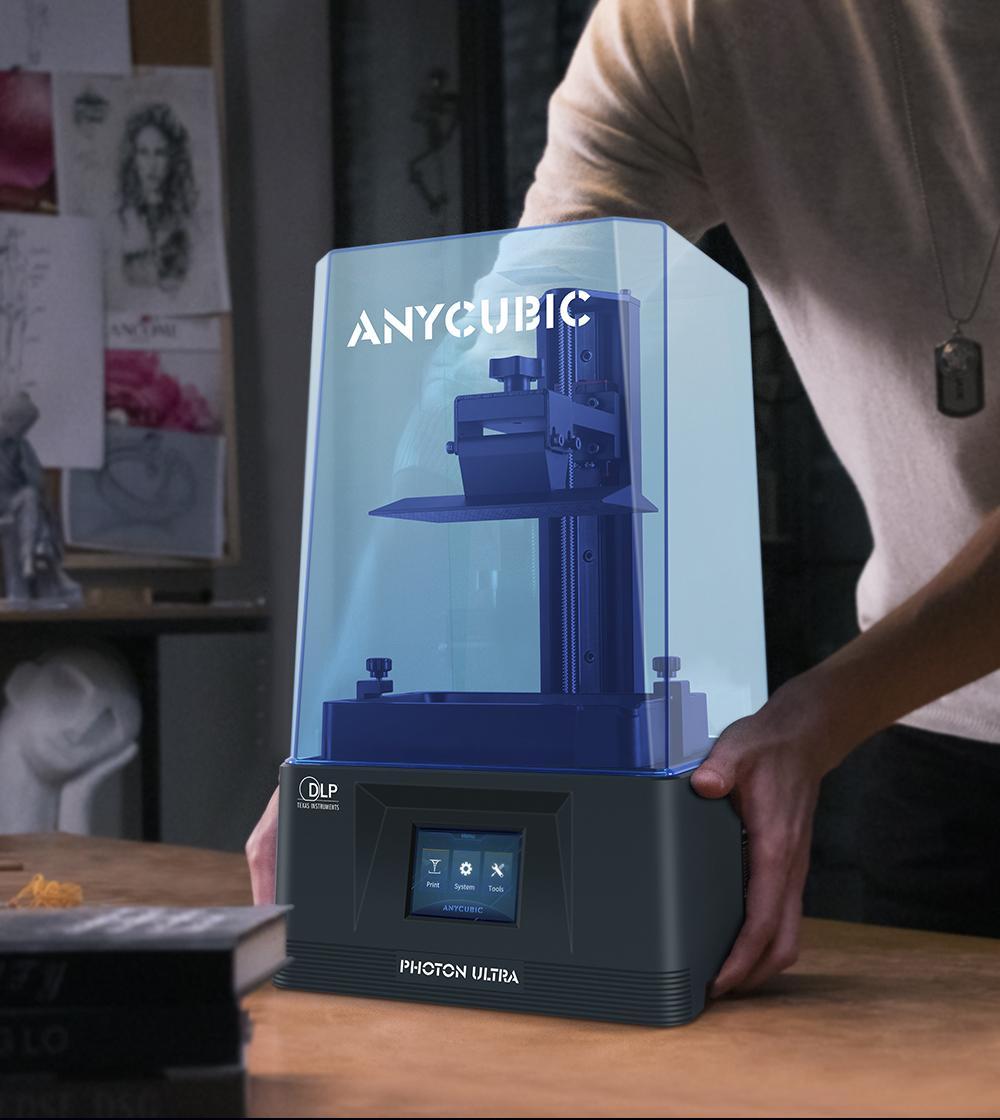 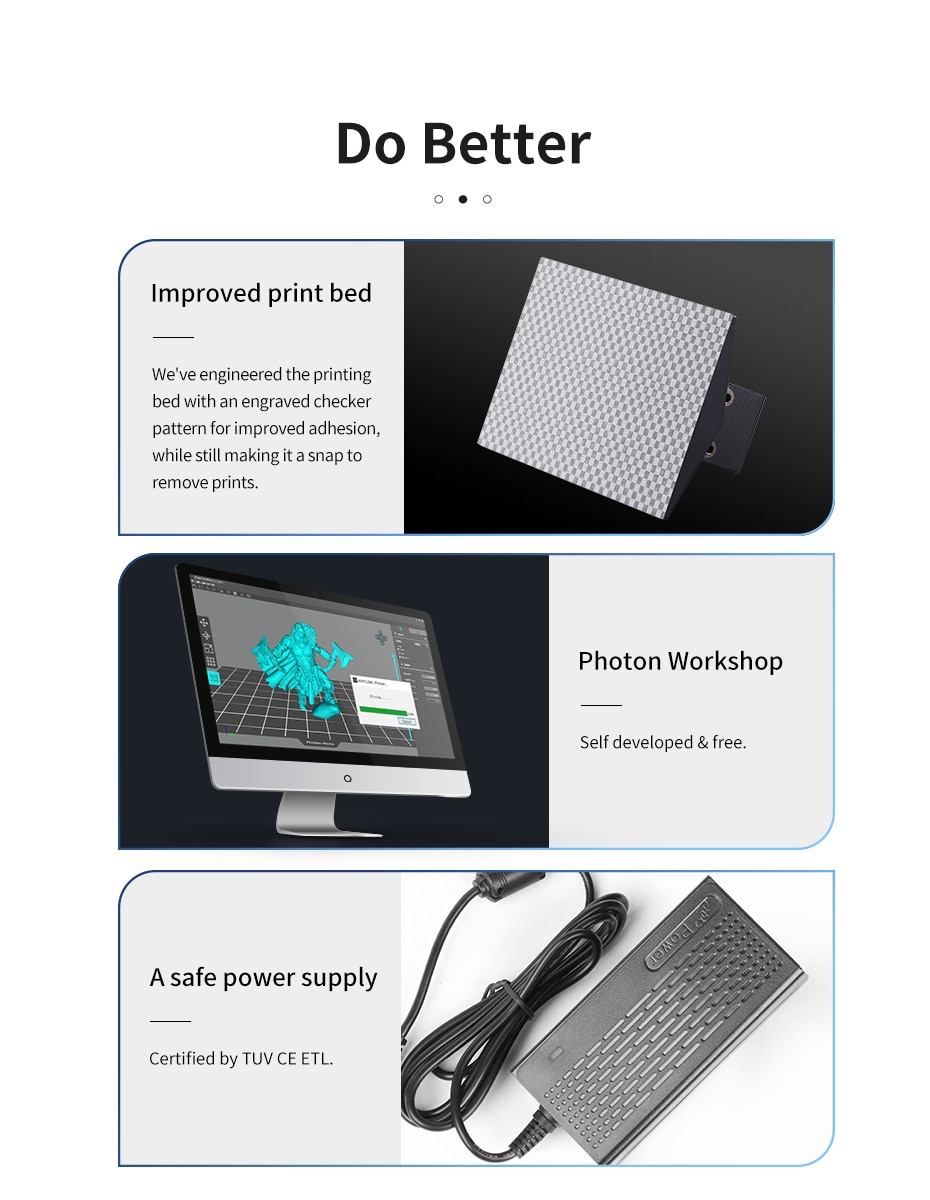 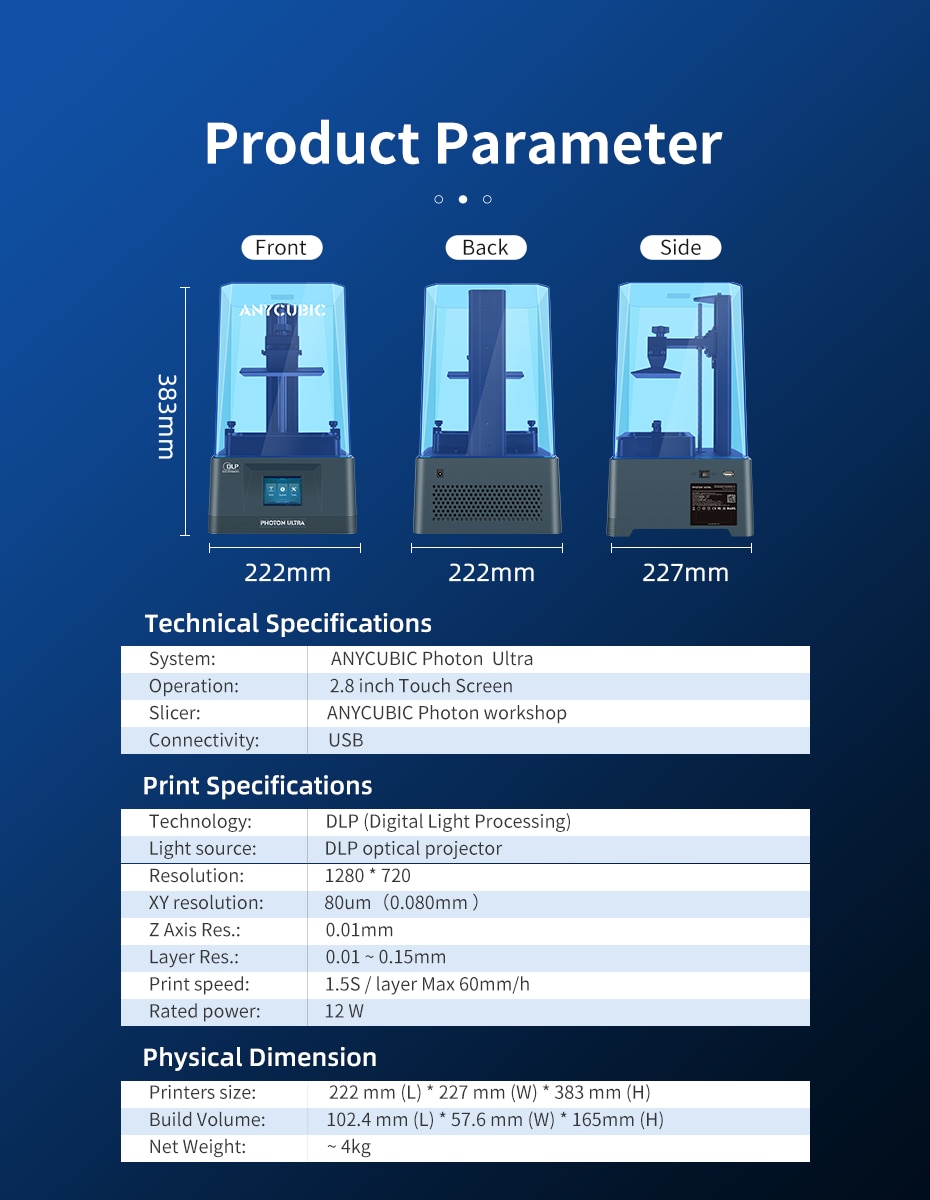 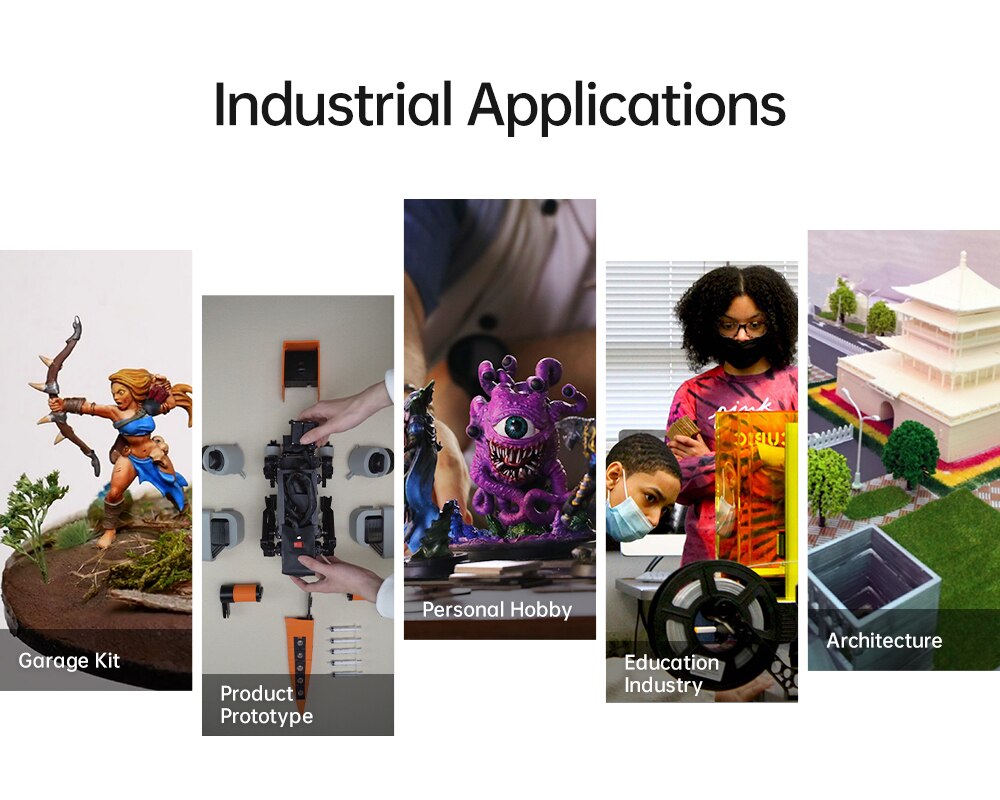 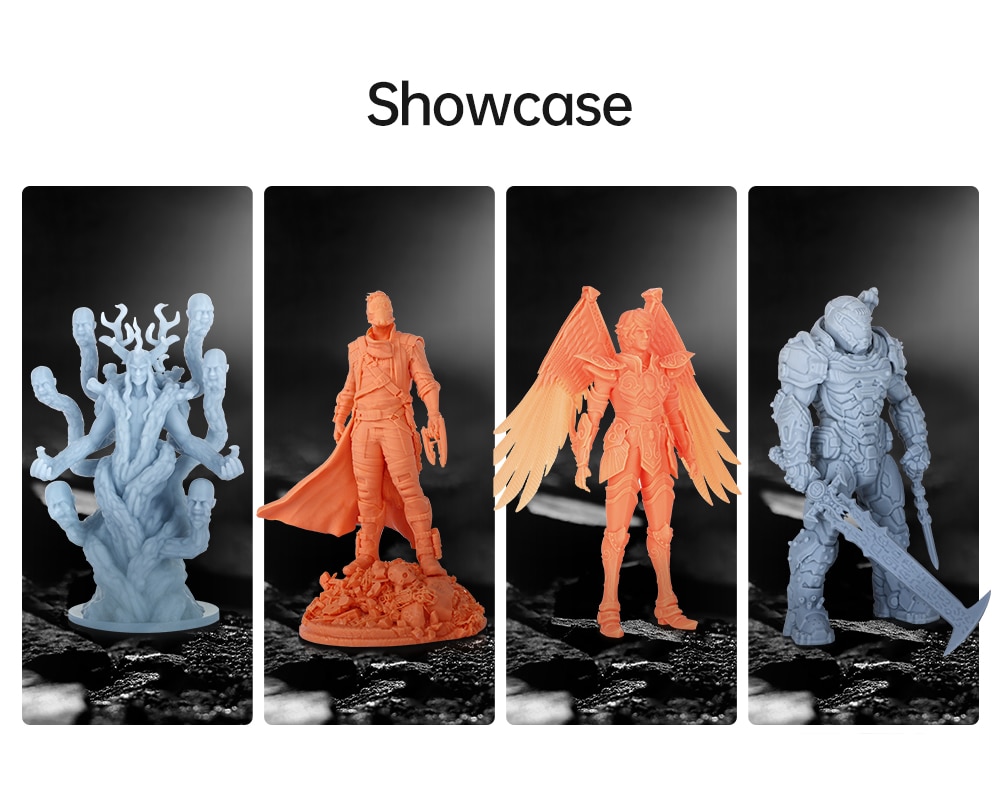 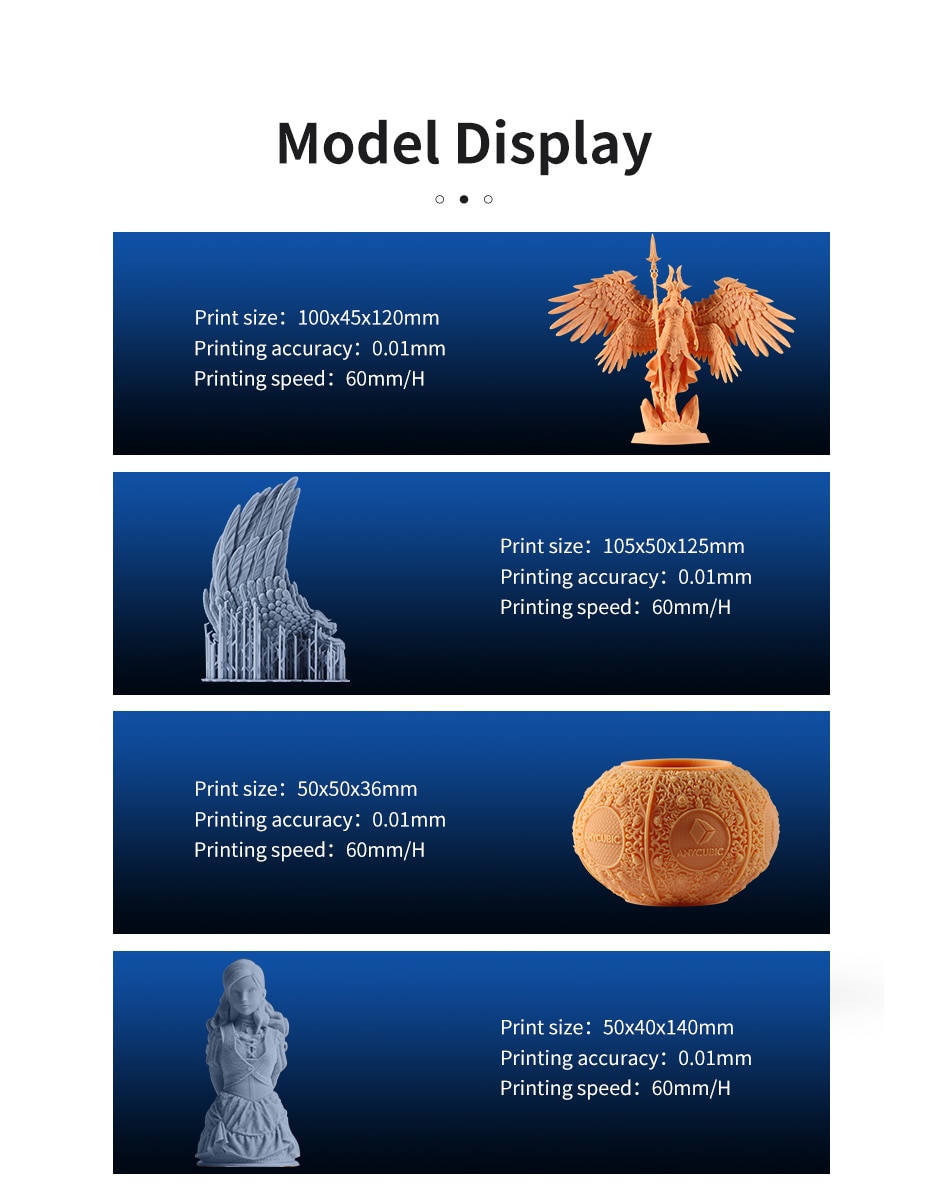 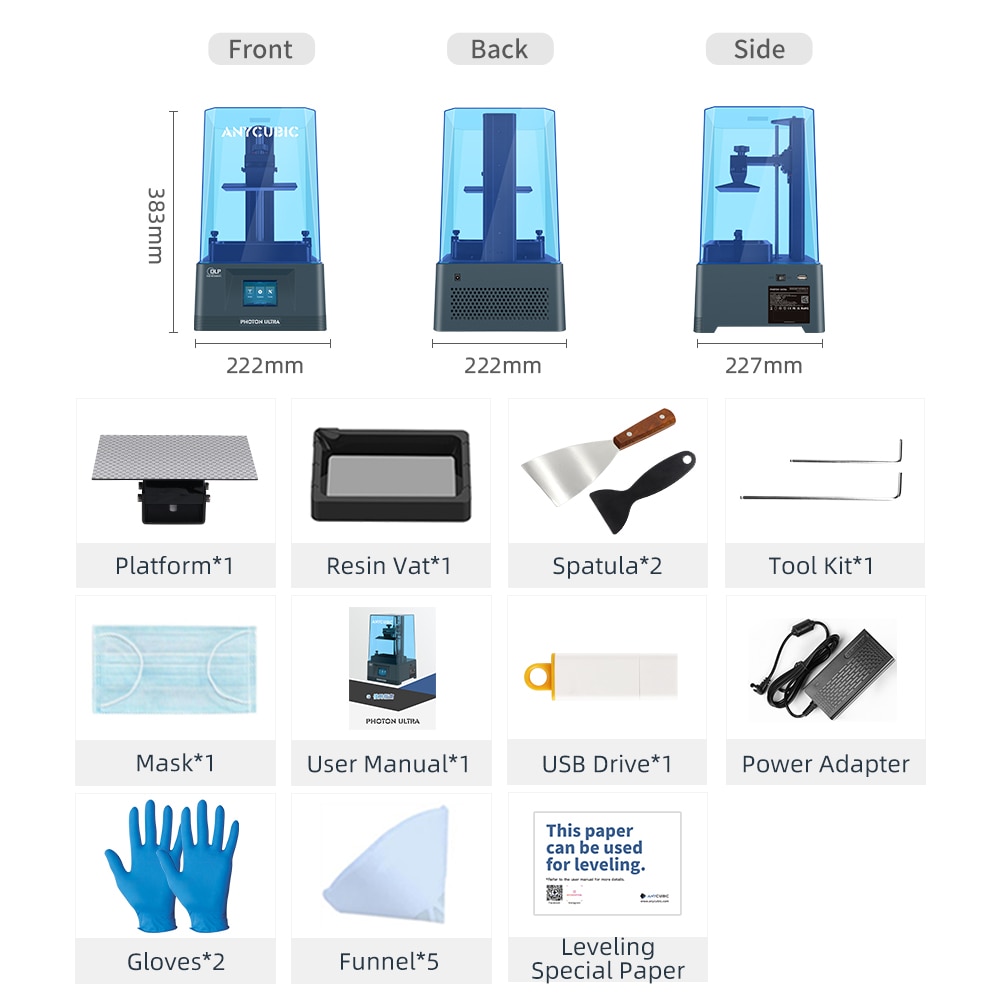 $750.00
Added to wishlistRemoved from wishlist 0
Add to compare
- 50%
Consumer Electronics

Recompare is modern all in one price comparison and review theme with best solutions for affiliate marketing. This demo site is only for demonstration purposes. All images are copyrighted to their respective owners. All content cited is derived from their respective sources.

For customers
For vendors
Sign Up for Weekly Newsletter